This is the live-action love comedy story created from Honda Toru’s light novel (a genre of Japanese novels especially enjoyed by junior high and high school students) of the same name. It portrays the path to love taken by a high school boy who discovers that the most beautiful, and also the toughest, girl in the school is secretly a novelist. This film is the feature-length commercial debut of director Omori Kenichi, who has a won a number of awards at Japanese film festivals. Yakumo (Sato Hisanori), a marine biology nerd, is told to visit the home of light novelist Himemiya Mio by his cousin who works at a publishing company. But the person who appears at the door is his classmate Tsurugi (Sudo Maasa) who asks him to pretend to be her boyfriend so she can gain inspiration for her next light novel. 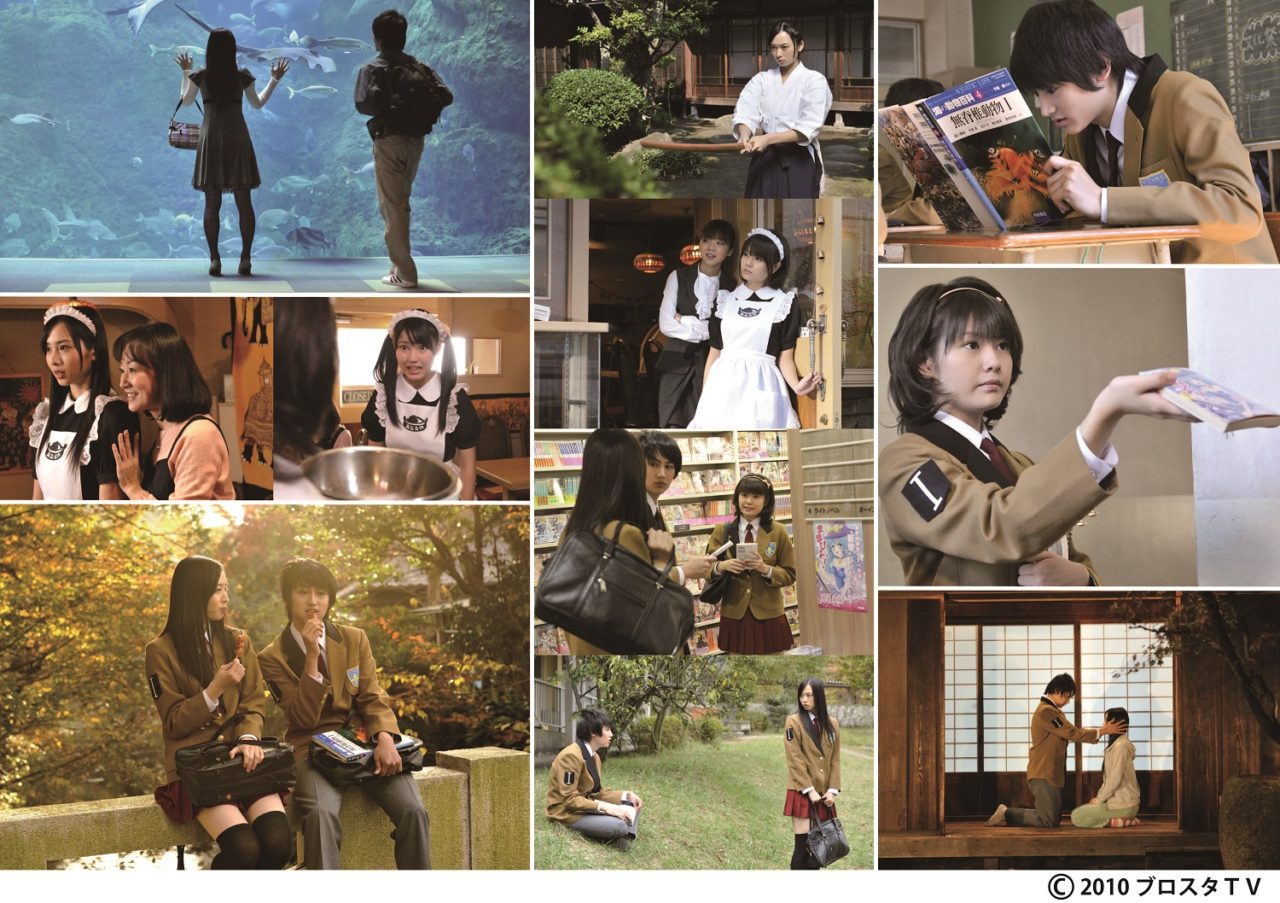